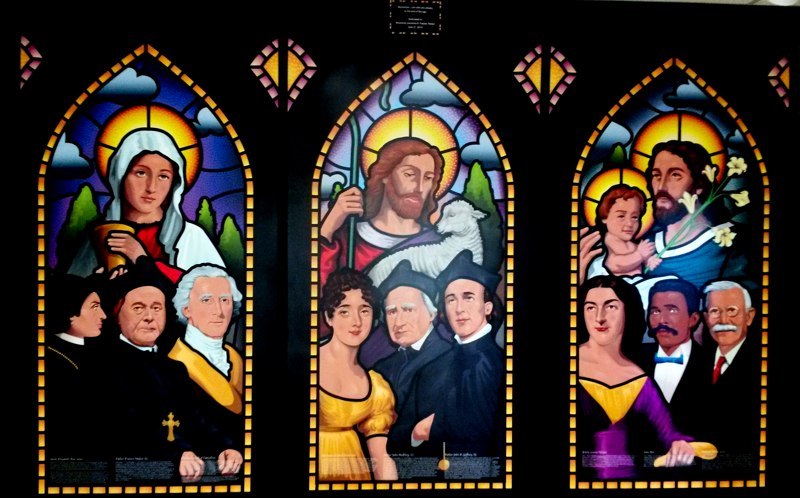 June 24th, 2014: Our new mural was unveiled by the artist, Yemi, during our weekend of celebrations to kick-off our bicentennial year. Dedicated to our pastor, Father Frazier, it portrays Jesus, Mary, and Joseph with the child Jesus, as well as nine people who played a significant role in the 200-year history of our parish and Catholicism in Frederick County.

Here are the people portrayed in our mural from left to right: